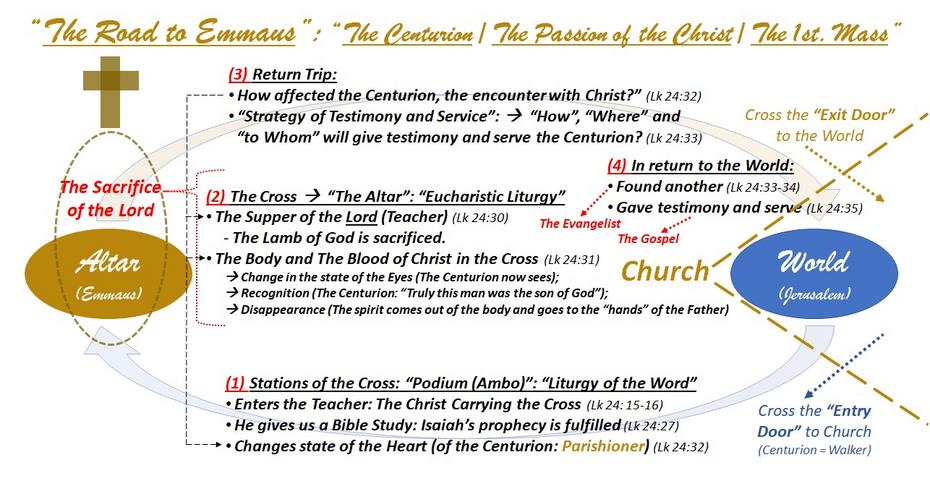 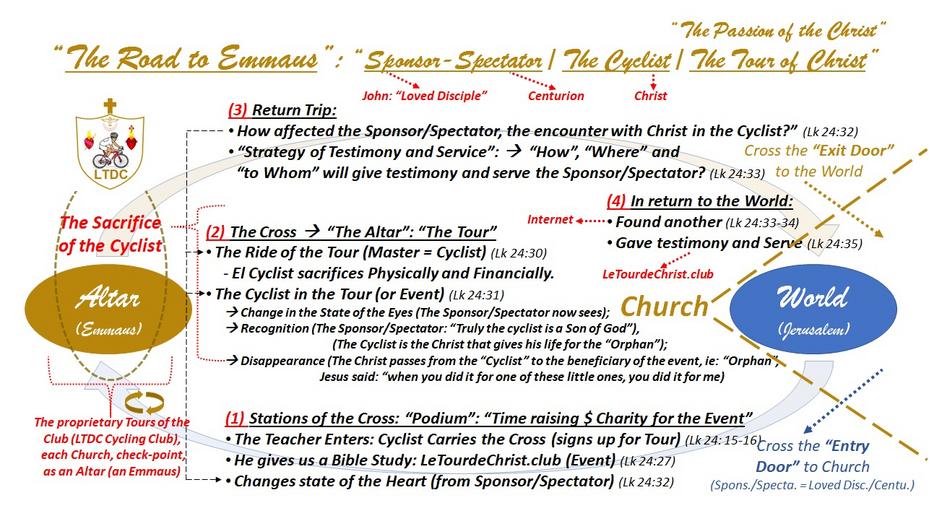 ​It is called “Le Tour de Christ”, because
“The Passion of the Christ” was a Tour of Christ,
where Jesus Christ voluntarily accepts “The
Sacrifice of going to The Cross”, to redeem us
from our sins, for our salvation. “The Passion
of the Christ” represents today, one part of The
Paschal Triduum, that begins at the evening
mass on Holy Thursday and ends with the mass
on Easter Sunday. The Pascal Triduum recalls
“The 1st. Holy Mass”, where “The Passion of the
Christ” started at Jerusalem and finished at The
Cross (The Altar); in a parallel way to “The Way
to Emmaus”, Emmaus being the Altar (read more).

Furthermore, and to a level of parable, the
cyclist voluntarily signs up to a tour of the club,
that relates to a charitable cycling event. In the
cyclist it is represented Christ, sacrificing itself
“physically and financially” for the redeemed,
the beneficiary of the event, the one
who needs salvation; being:

“the child suffering from being an Orphan”
~Ride4Orphans~

“the child suffering from Poverty”
~Child-in-Poverty~

“the homeless suffering from Rejection”
~Feed-the-Hungry~

In “The Passion of the Christ”, there were
many that accompany Christ. Among them, his
Mother: The Blessed Virgin Mary; the Loved
Disciple: John; the Apostle for the Apostles:
Mary Magdalene; etc. All of them are represen-
ted in the persons “sponsoring” the cyclist,
through their donation for the event. There
were also many that “looked from the outside”
what was happening. These were no family
members, nor friends, from Jesus. This is the
reason as we grouped them as the ones that
“looked from the outside”, like the centurion
who trespass Jesus with his lance. They are
represented as the “spectators”; that, after
the event, recognize Christ as the Son of God:
“Surely this man was the Son of God” Mark 15:39.

In a similar and parabolic way, a “spectator”
after “looking from the outside” to de
cyclist and the charitable event, could say:
“Surely this cyclist is a Child of God”.
And like the centurion that later became a
saint, this could lead the “spectator” through a
conversion; and in the next cycling event, the
​ “spectator” could become a “sponsor”,
or even a “cyclist” for the club. 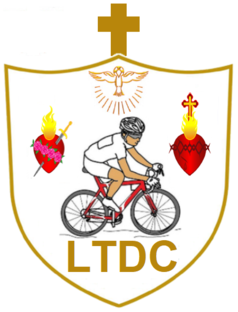